December 1, 2014/EnformHR
Contents
Protection And Support For Victims
The Potential Problems In Creating Domestic Abuse Policies Within The Workplace
New Jersey Employers And The New NJ SAFE Act
Criticism To The NFL’s Response To Domestic Abuse
Share this article

Exactly what employers are doing to discourage and address domestic violence has become a hot topic. Even though an estimated one in three women and one in four men experienced extreme violence from a partner, there are few workplaces that have formal policies in place for addressing batterers. In fact, fewer than 30% of companies within the U.S. are prepared for dealing with both sides of this issue. Most people believe that there must be a comprehensive array of protections for victims along with stringent penalties for aggressors, which is something that the typical commercial environment lacks.

Protection And Support For Victims It is not uncommon for companies to provide their employees with paid leave if dealing with a domestic dispute in the home. This time can be essential for seeking medical attention, getting legal help, and for making arrangements to relocate when safety concerns continue to be an issue. Victims’ assistance plans are also available in many work environments as well that help to align battered people with outside resources. While many employee-supplied resources can be invaluable to victims, they do not generally include any disciplinary actions against batterers.

The Potential Problems In Creating Domestic Abuse Policies Within The Workplace

There is some fear that instituting punishments for perpetrators could lead to further instances of domestic violence. When perpetrators experience demotion, job loss or lost wages, this might lead to new attacks. More importantly, victims are often heavily reliant on their partners and the income that their batterers produce and thus, the threat of wage loss or job loss would likely lead to fewer domestic abuse incidences being reported. Ultimately, there is a very real concern that taking action in this area without carefully considering all aspects of the equation could do more harm than good. Whereas victims’ resources offer necessary support in the aftermath of a domestic abuse incident, efforts to punish perpetrators could significantly diminish this support as well as the willingness of victims to take legal action and file police reports.

The State of New Jersey has opted to address domestic violence in the workplace by creating the NJ SAFE Act. This Act is designed to address the needs of victims by mandating that several important provisions are made by the employers of victims. Among these are unpaid leave time that allows victims to:

As per New Jersey State law, a notice of this Act must be posted in a visible location in the workplace, and companies must also take steps to make this information available through any other means deemed necessary. These efforts have led to greater support for victims statewide and could lead to more aggressive action in dealing with perpetrators. Given that no direct actions have been taken against batterers, there is a little concern of having this change impact the way in which victims respond to abuse and to their batterers after an incident has occurred.

Criticism To The NFL’s Response To Domestic Abuse

Although there has been widespread criticism of the NFL’s response to domestic abuse, there is little discussion of what companies large and small are doing to address this issue. Efforts are being diligently made on some fronts to protect victims’ rights, but few things are being done to penalize batterers. Employers could hold a key role in deterring abuse by leveraging their power to punish or dismiss employees with unsavory criminal histories. Sadly, few companies are leveraging this authority to assist in lowering the statistics concerning domestic violence victims and cases. These statistics are actually made far more bleak when considering that batterers are often reliant on workplace resources when attempting to contact their victims. For instance, 78% of batterers use resources in the workplace for this communication.

The major question is, how can policies that directly affect batterers be implemented without further harming victims or creating more problems at home? Moreover, it is important for companies to begin considering the way that issues, such as these, impact their reputations and their teams if left unaddressed. Ultimately, batterers are an issue and even a potential threat in the workplace and yet, many companies have either not recognized this problem or have simply not found the right strategies for dealing with it. 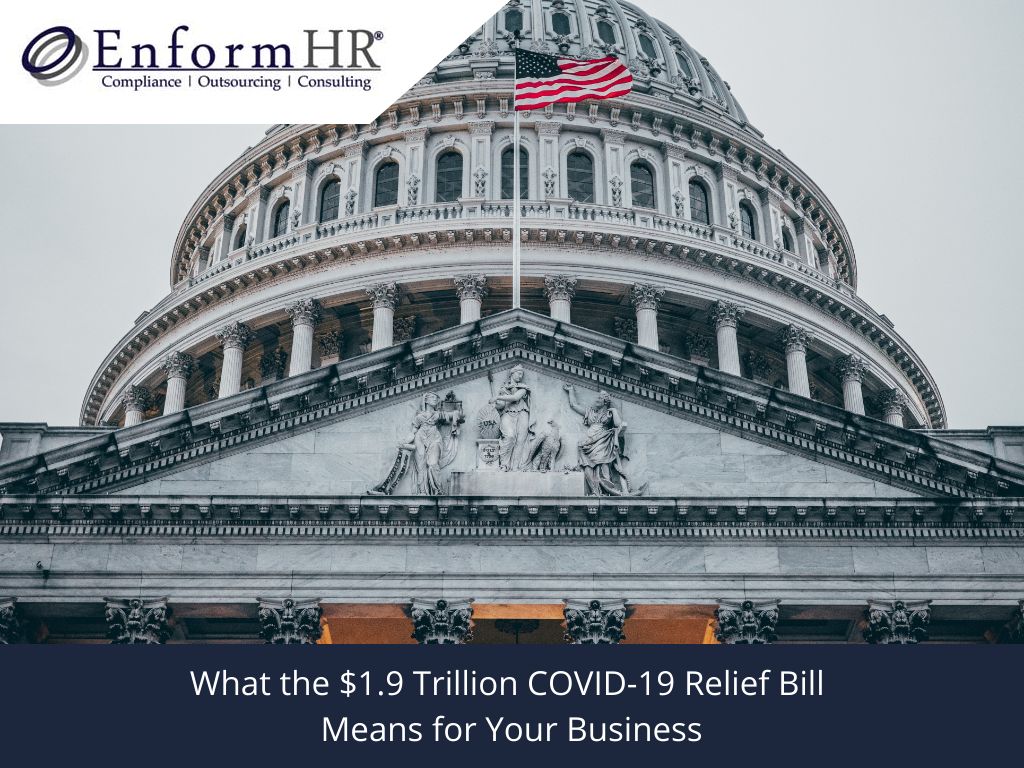 What the $1.9 Trillion COVID-19 Relief Bill Means for Your Business The Intersection of a New Normal and a New Administration